Tezos’ recent release from its beta stage in late September of 2018 makes it one of the more recent cryptocurrencies, and while it had a very rocky start since its ICO in 2017, plagued by legal issues and changes within its legislative body, that hasn’t stopped it from becoming one of the most actively traded cryptocurrencies. What sets Tezos apart from its competition is its focus on smart contracts and a more democratic form of governance which aims to establish a true digital commonwealth! 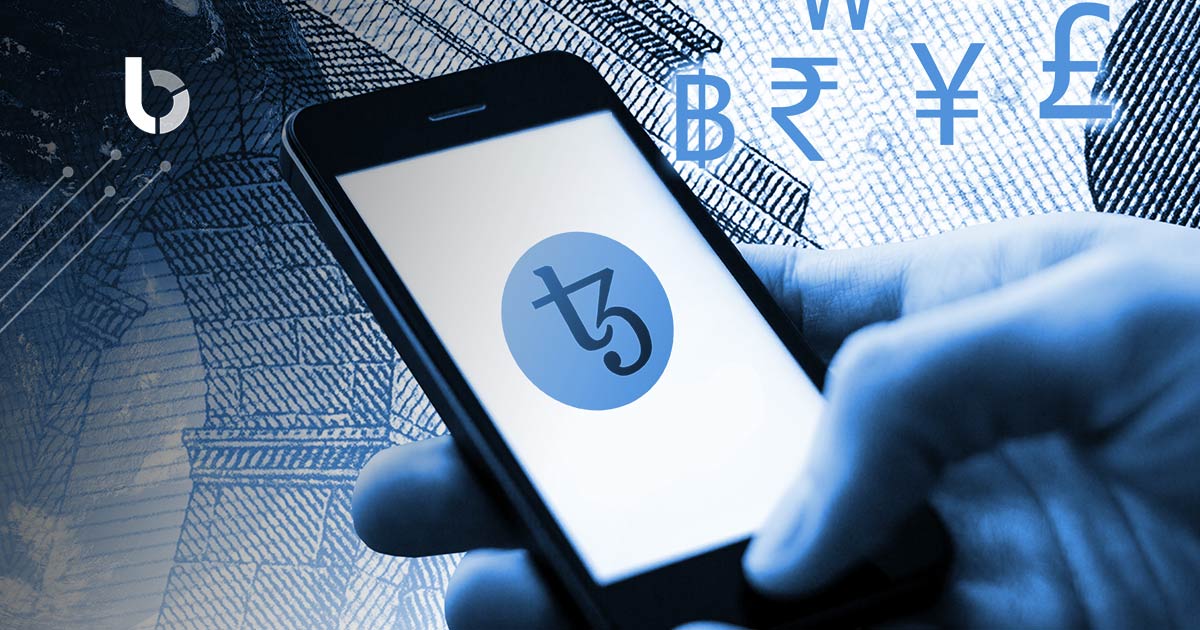 Tezos is a self-amending cryptographic ledger which offers a unique form of governance which allows holders of XTZ to vote for the future direction of Tezos. This means it is possible for Tezos to upgrade itself without having to resort to a hard fork, as was the case after the DAO hack and the creation of new cryptocurrencies such as Ethereum Classic and BitCoin Cash. By preventing the splitting of the community this form of governance helps to avoid a reduction in the value of the cryptocurrency. Having a self-amending system also allows for easier upgrades and means that future innovations can be implemented seamlessly.

Tezos does not just aim to be a cryptocurrency, but rather it aims to be a platform where content creators can develop, design and produce decentralised applications. The platform would serve as space where creators and clients can operate together in harmony without the need for a middle-man, such as the App Store. This allows for unparalleled creative freedom as there is no central authority to censor or shut down these applications, but rather it is the community as a whole and the free market which dictates their success.

The cryptocurrency’s ecosystem grows and develops alongside its community thanks to its system of On-Chain Governance. All stakeholders can participate in its governance. This allows individuals to propose an upgrade to the Blockchain protocol. This prevents centralisation as every member has a say in its development. This, coupled with Tezos’ integration of smart contracts even allows for the maintenance of Tezos to be decentralised. For instance, an individual development could propose an upgrade and if the proposition is accepted, a smart contract could be issued, which pays the individual or group to implement the upgrade. In this way, maintenance is decentralised and active participation is encouraged.

Baking is the act of verifying blocks on the Tezos Blockchain, similar to miners. However, in order to be a baker, one needs to stake at least 10,000 XTZ in order to participate in the voting processes as they arise and to verify transactions. If you do not have 10,000 XTZ it still possible to participate by “delegating” some of your XTZ. Hence why the consensus system is called delegated proof-of-stake. What is important to note, is that the act of delegation your tokens is non-custodial which means that your elected baker cannot spend your XTZ. You will receive an amount proportional to your stake when the baker validates a node. Your baker is also responsible for representing your opinion during the voting process.

Endorsers are similar to bakers, except they “double-check” the work performed by bakers. Both Bakers and Endorsers are required to post a security deposit for each block they bake. This deposit is forfeit in the case of malicious activity. Approximately every three days (after 4096 blocks have been baked), Bakers and Endersors are chosen randomly for that period of time. Election cycles occur every three months, with protocol upgrades becoming less frequent as the cryptocurrency matures. A quorum of 80% is necessary for governance proposals.

How to buy Tezos

When trading XTZ, there are several platforms which you can use. It is strongly recommended that you find a service which offers the best exchange rates and an established track record to ensure safe and secure transactions. Changelly  is a popular cryptocurrency exchange which has been providing the ability to instantly and seamlessly exchange over 100 altcoins at the best market rate or buy them using a bank card for over two million registered users.

Over the past two years, there have numerous cryptocurrencies which are the result of hard forks. This sort of development is unsustainable and is something which Tezos is attempting to solve. By formalising blockchain governance to allow stakeholders to govern the protocol, Tezos has created a blockchain which is constantly evolving and flexible in hopes that hard forks will become a thing of a past. Perhaps Tezos will truly become the last cryptocurrency!